Young Lady Drugged, R*ped In Lagos By Man She Refused 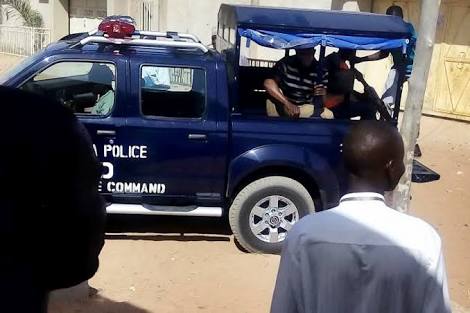 A survivor of s*xual assault has alleged that she was drugged and r*ped after she had refused the love overtures of one of the four people who attacked her.

The suspect, 28-year-old Sunday Young, and three others currently at large, reportedly carried out the act on November 1.

An Ogudu Magistrates’ Court in Lagos on Monday remanded Young, who allegedly conspired with three others to r*pe the teenager.

The Magistrate, Mrs. E. Kubeinje, ordered that Young be kept in prison custody pending the advice of the state Directorate of Public Prosecutions, as the court could not take the accused’s plea.

She adjourned the case until December 5 for the advice.

Earlier, the Prosecutor, Inspector Lucky Ihiehie, said that Young — and three others still at large — r*ped a 19-year-old lady at 4p.m. on November 1, on Yetunde Brown Street, Ifako.

He said that the victim reported the crimes with tears at the Ifako Police Station.

“Three young men and a girl forced her to their room at the above-mentioned address, and drugged her. She woke up and found herself n*ked on the bed with semen on her body.

“The complainant said she didn’t know the two other men and the girl, but she knows the accused who had approached her for an intimate relationship but she had refused.

“According to the complainant, the accused had tried to force her to have s*x with him and they were struggling with her clothes, which the accused was forcefully removing, before they were interrupted by a knock on the door,” the prosecutor said.
(adsbygoogle = window.adsbygoogle || []).push({});