Lady arrested in attempt to sell own infant in Kano 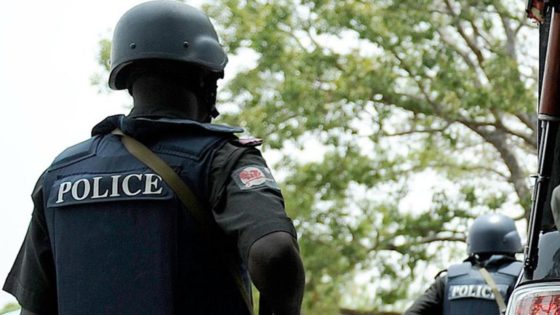 A 25 years old lady, identified as Miss Zainab Adam has been arrested by the Kano State Police Command while attempting to sell her one-month-old infant baby she allegedly delivered out of wedlock.

Miss Adam was said to be looking for a buyer of the baby when she was arrested.

The Spokesperson of the Command, DSP Abdullahi Haruna who paraded Miss Adam alongside other suspects for various criminal offences at the Bompai police headquarters on Thursday, said she (Miss Adam) was intercepted along Giginyu quarters in Kano metropolis and on new year day, January 1st.

DSP Haruna said Miss Adam, a resident of Hotoro quarters in Nassarawa Local Government Area of the state, claimed to have given birth to the baby out of wedlock.

According to him, “the surveillance team of operation puff adder attached to Badawa division, while on intelligence-led patrol along Giginyu quarters Kano, intercepted one Zainab Adam in possession of one-month-old child looking for who to buy the child. The suspect claimed to have born the child out of wedlock. Case is under investigation,” DSP Haruna stated.

However, price she wants to sell the baby was not disclosed.

The post Lady arrested in attempt to sell own infant in Kano appeared first on Vanguard News.